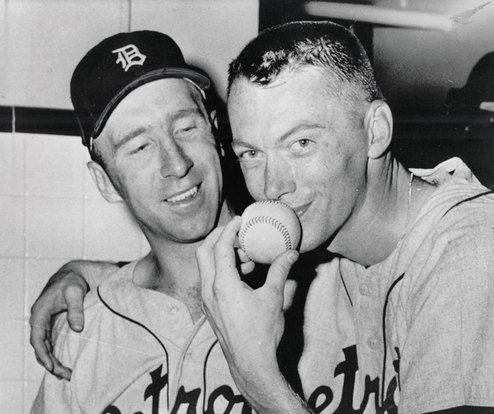 Jim Bunning came up with the Tigers in 1955 and played nine seasons in Detroit. He was traded to the Phillies after the 1963 season. The eight time All Star was elected to the Hall Of  Fame in 1996. He also served two terms as a U.S. Senator, representing Kentucky.
Here are Bunning's Topps cards, along with one Leaf card, from his Detroit years.
Jim Bunning  (with catcher Red Wilson) kisses the ball he used to complete his no hitter
against the Red Sox on July 20, 1958, at Fenway Park.